A lantern is an essential piece of camping gear. The wide pool of light they emit makes it easier to set up a tent or cook in the dark and provides valuable illumination for the inside of your tent (or outhouse, for those light night trips to the bathroom) to name just a few possible uses.

Propane and LED lanterns are the most popular styles of camping lanterns currently available and they each have their advantages. Today, however, we’re going to focus on the best LED camping lanterns.

LED lanterns emit a lot of light, don’t require you to carry bulky fuel canisters, and can last a long time before you have to change or recharge the battery. In some cases, they can even be hooked up to solar panels so you can charge them during the day.

Ready to learn more about the best LED camping lanterns? Let’s dive in!

Our top overall LED camping lantern is the Coleman Quad Pro, a versatile LED light with the functionality of both a lantern and flashlight. The Quad Pro consists of a base with four IPX4 water-resistant, removable, magnetic lighting panels, each with individual controls.

You can remove the panels from the base to use them individually when you don’t want to use the entire lantern. The light panels have fold-down handles to make them easy carry, but the handles can also double as kickstands so you can prop the light up on flat surfaces. The magnetic nature of the light panels allows you to stick them metal surfaces as well.

To use the light as a more traditional lantern, just leave the panels on the base, which also serves as a charger for the light panels. In fact, the Quad Pro base even has a USB port on top so you can plug in a USB cable and charge other devices as well.

With the lights on the base, the lantern has three lighting modes, with 800 lumen, 200 lumen, and 100 lumen outputs. Disconnected from the base, the panels also have three settings. The highest setting is 100 lumens and the low is 25 lumens, but there’s also a flashlight setting that produces 100 lumens of directional light.

In addition to the Quad Pro, there are also three panel and two panel versions available. The Quad Pro requires eight D batteries, which are not included. It’s protected by a three-year limited manufacturer warranty.

The Etekcity Portable Outdoor LED Camping Lantern is our pick for the best camping lantern for campers on a budget. This lantern gives you a great value for the price, especially when you consider that it comes in a pack of two!

If you value portability and gear that is easily packed away, you’ll appreciate that this lantern is collapsible and has foldaway handles. These features make the Etekcity very space-efficient to store and it can be placed into the corner of any backpack or camping gear tub. Each lantern measures 4.9″ x 3.5″ when collapsed, with a weight of only 9.14 ounces.

The lightweight, compact construction doesn’t mean these lanterns aren’t well made, though. The housing is made from military-grade ABS material for durability. It also has a magnetic base that allows you to stick it to metal surfaces for even more versatile and convenient hands-free use.

Each lantern uses 30 LED bulbs to produce bright, 360-degree illumination, which allows it to light up your whole tent. It has four different light modes. It has a battery life of up to 12 hours on the lowest setting and eight hours on the highest.

The lanterns use AA batteries which are included with the lanterns.

The rechargeable lithium-ion battery has a 5.75 hour run time on the highest brightness setting and 36.25 hours on the lowest. A USB port on the front of the lantern allows you to use the lantern as a power bank to charge other gadgets. The lantern comes with a glare guard that allows you to direct the light as necessary.

The Super Siege is also packed with a ton of other cool features. It’s IPX7 waterproof, but it floats in water. The base contains a watertight compartment for storing small items. There’s a rubber cover protecting the charge and USB ports.

The variety of handle and hanging options also lends tons of versatility. This bright light has a fold-down handle and a built-in carabiner in the top for convenient hanging. The cover is removable, allowing you to expose the light bulb, and the bottom has an additional carabiner so you can hang the lantern upside down to light up an even larger area.

The Siege is a similar rechargeable camping lantern that’s more compact and budget friendly with about half the brightness of the Super Siege, but many of the same features.

Our next pick is the Core 750 Lumen Camping Lantern.

This lantern has a total of three light settings with a dimmer knob that allows you to choose among them. First, there is the full-power 750-lumen setting, then there is the 30-lumen low-mode, and finally, there is the 20-lumen amber night mode.

The amber mode functions similarly to the red mode of the Super Siege, helping to preserve your night vision, but with fewer light settings and without all the extra features, the Core 750 Lumen Camping Lantern definitely doesn’t match the versatility of the Streamlight lantern.

On the other hand, the Core is also less than a third of the price of the Streamlight, making it a great budget-friendly alternative.

The Core 750 Lumen Camping lantern is impact resistant and IPX4 water resistant. The lantern is powered by 4 X D batteries, which aren’t included in the package.

All of the lanterns we’ve talked about so far have been great for car camping, but our last pick is the Black Diamond Moji Lantern, an excellent little light source for backpacking. This little light weighs just 4.3 ounces (without batteries), so you’ll barely notice the addition to your pack.

It has a 100 lumen light output which is certainly lower than the other lights here, but is still plenty bright enough to light up the interior of your backpacking tent. The dimmable light has a switch that allows you to adjust the brightness, while the frosted globe ensures that the light is evenly distributed.

The Moji has collapsible hanging hooks on the top, so you can easily suspend it from a loop in your tent, a branch, or a length of cord. You can also opt to hang multiple Moji lights along the same strand for additional brightness.

As its power source, the Moji uses three AAA batteries, which are not included. It features IPX4 water resistance to help it stand up to the trials of the backcountry.

Each of these camping lights is a high-quality light that will help you keep your tent and campsite illuminated during your next camping trip. And in addition to their camping uses, each of these lanterns is also great for keeping on hand as an emergency light in case of power outages.

Of course, each of these LED camping lanterns has its own advantages and disadvantages, so none of them can be considered the best lantern for all people. To decide which one is best for you, just think about what your needs and wants are and see which lantern best matches them.

And for more camping gadgets, be sure to take a list at our other camping accessories buyers guides and reviews. 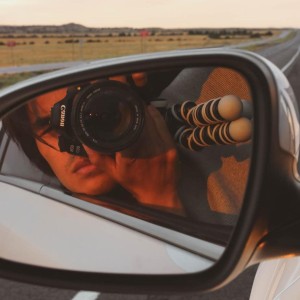